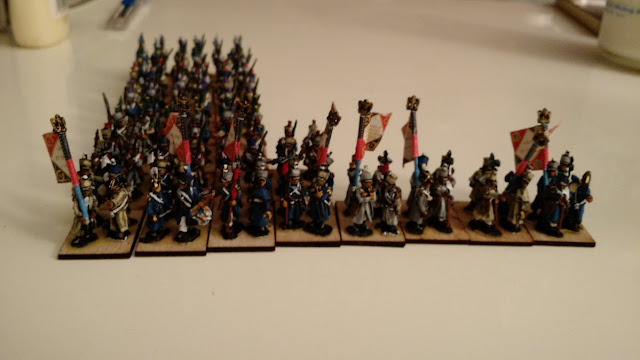 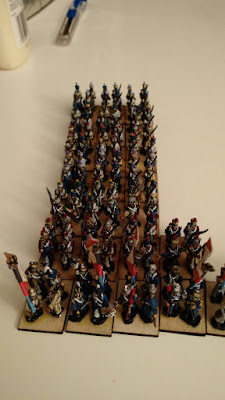 I've been slaving away outdoors doing landscaping, and indoors painting with '4 inch brush'. Doug from Dot of Paint gave me a poke by email to inquire if I'd done any hobby work lately.

Fortuitously, the recent bout of poor weather and losing light earlier has allowed me to get some painting in.

These fine fellows have been in my paint queue for, literally, years. I got stumped with helmet colors, and whether the poms/plumes were covered or not. Then there was an unfortunate accident while doing a car transport that knocked a ton off their sticks. Then I moved. It's been on the resolution list for a year or two, and at last they are complete.

15mm old glory. I suspect there are two bags here, one of command, and one of regular folks. It's fairly obvious I should bash out another 100+ figs to get enough troops to match up with all my command. There are much more important things to work on before that though. Like cavalry. And officers. Neither of which I have painted (in 15mm). This does mean I'm rapidly approaching the ability to field the great aggressors in smaller scenarios, and there happens to be a local gamer who has been working on some austrians in the sames scale... 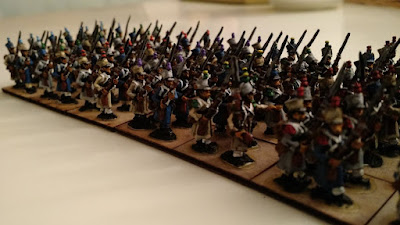