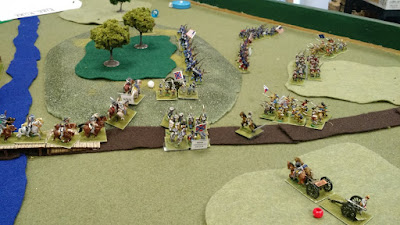 We ended the first part with the Right Flank at a turning point. The rebel cavalry had flanked the union defending line, which was anchored by a cannon. The cannon chose to grapeshot the cavalry marching column......and failed to see them off. Bad things are afoot for the union.... 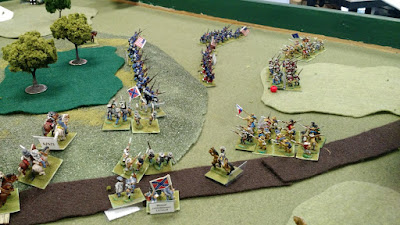 While the cavalry is stunned into doing nothing, a small unit of rebels crashes into the artillery, handily routing it. This leads to a breakthrough assault on the flank of the large union unit. Flush with success and hooting their crazed rebel yell, the union is dispatched with such ferocity the entire unit disappears as a viable entity. 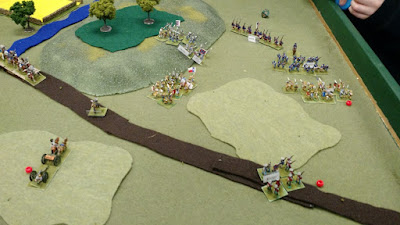 This flank is largely a mop up operation for the confederates now, and the cavalry rushes back towards Gettysburg to support the advance. 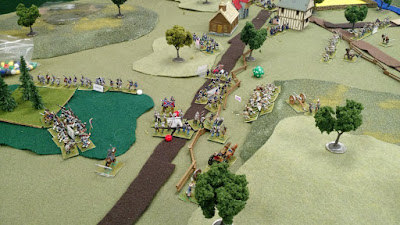 On the left, which was expected to be an easy go for the confederates, everything is as expected. There's a massive, but slow, breakthrough in the woods.
The union speedbumps on the road are recoiling fast and losing men. 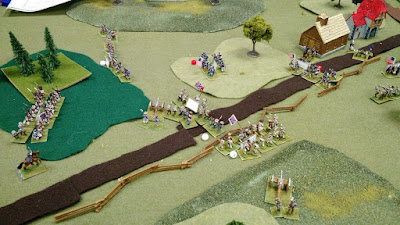 The rebel left and centre have just about connected, to pressure Gettysberg from multiple directions. 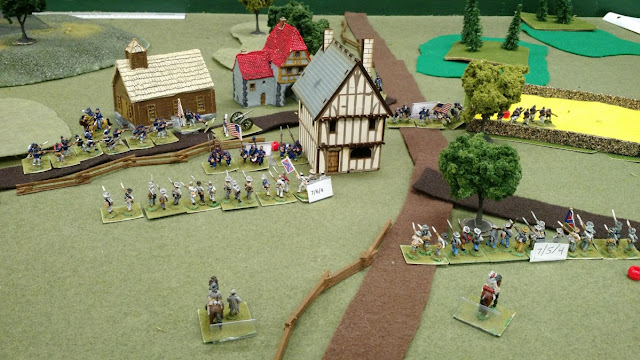 At the town itself, the union reinforcements have fully engaged with the rebel push in the centre. Desperate to change the tempo of the battle, the men in the cornfield advance agressively to try and put a rebel unit out of the battle. 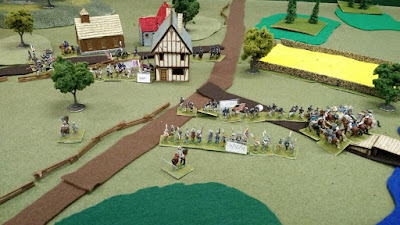 Unfortunately, the cavalry from the right flank chooses this time to reappear and charge into battle. 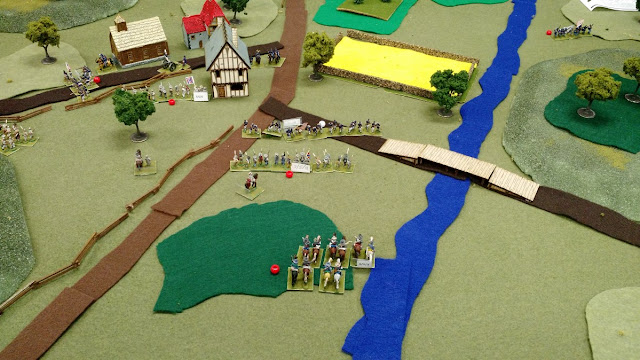 History does not repeat itself and the union manages to chase off both the cavalry and the rapidly diminishing rebel brigade facing them. 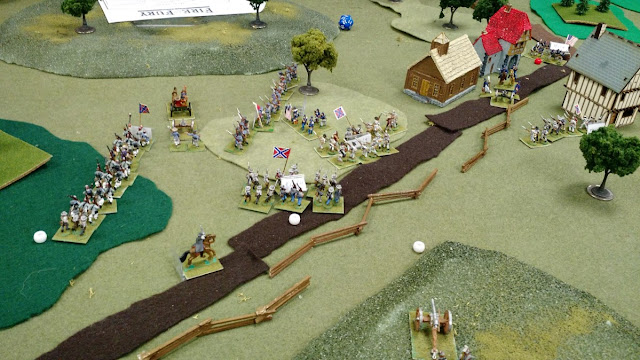 Despite local successes, the day is lost for the union, as the confederates have handily taken Gettysberg and are still have day light to march on the important hill to the North.
Posted by daveb at 11:48 AM 5 comments:

Nate managed to host another game at the friendly local game store. We played some basic Fire and Fury (as opposed to the newer Regimental F&F), with a minor rule change for faster play/resolution.
The game was set up as the 1st day of Gettysberg, with the Confederates holding a manpower advantage and needing to strike hard towards the town, and displace the blocking union forces. Joel and myself took the Confederates while Nate and a fellow and is son whose names I forgot took the union.

I have never played F&F but was familiar with the rules, having read them. Nate tells me that it's very common for fire fights to bog down to both sides getting disorder and not much happening. As a result, a rule mod was used where disordered units that take another disorder will lose a base instead. It seemed to work very well, and I can really see how it would drag on without this mod. 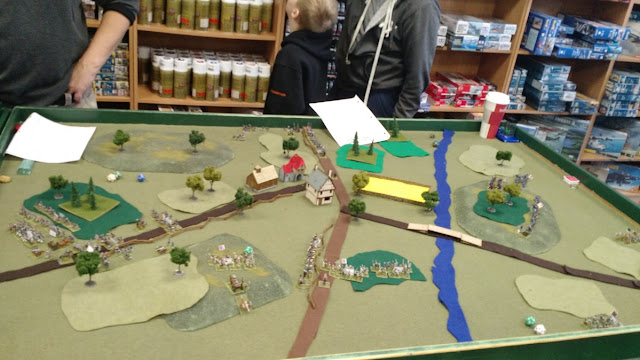 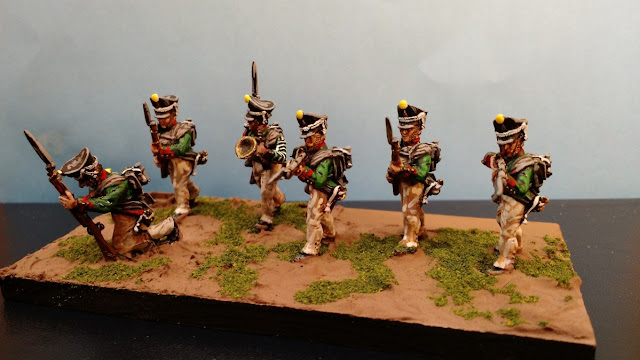 The last of the group of front rank Russians I recently completed. I've previously painted up the Perry version of skirmishing jaegers, and I didn't want to duplicate what I had. I also was intrigued by the musician with the french horn/cornet. Apparently these instruments were not very popular with light troops and often 'lost' quickly.

The posture of these guys are pretty fun. Again, you get a lot of choice from the front rank website. The faces look a bit muddy in these pictures, and the pants might be a tad muddy, but generally I'm pleased with how this base turned out. 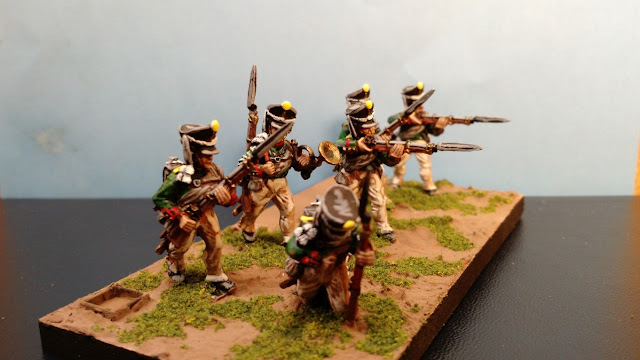