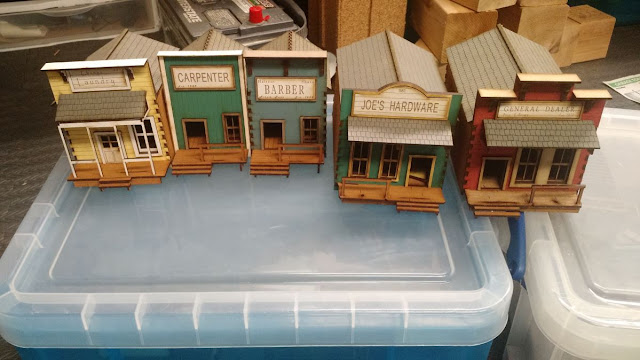 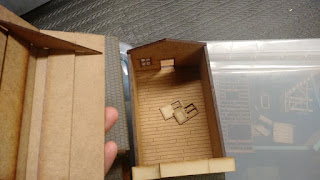 In the quest to find SOMETHING I did this year I remembered I assembled these buildings a bought. Small victories! They come from Empires at War  as a set. The price seemed right and they shipped quickly. The buildings were mostly simple to assemble but there were one or two parts of the instructions that were fairly difficult to parse out......previous experience assembling mdf terrain is an asset. 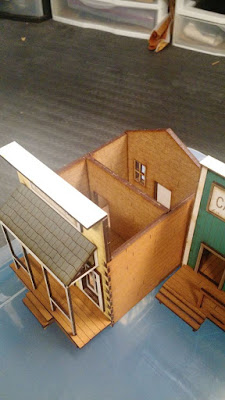 I haven't bothered to put in the doors for most of the buildings. I think my biggest critique is the orangey tone to the 'wood' on the side. If probably doesn't come through on the internet/these pictures well but it's a bit too orange for my taste. Not a serious problem really, but a niggling minor complaint. 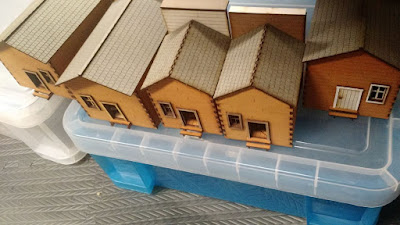 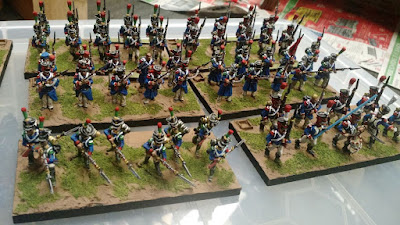 I realized as I was working on my New Year post that I don't have any (*ANY!*) pictures of stuff I painted this year. Mostly I haven't painted much, the stuff I have done was mostly prep, or partially complete. I did finish a whack of napoleonics for Enfilade back in May that I never documented. I hope that means I finished other stuff but didn't take photos, but who knows... 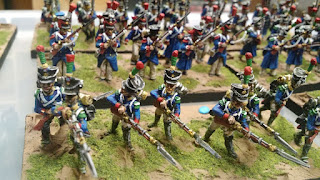 These figures were part of a mystery lot I got off TMP that were aggressively priced. Conveniently they ended up being a mix of elite and regular line. The elites I peeled off to use as young guard, mixing in the last 20 figs from a victrix box of guard (the previous 40 parceled out to old and middle guard). 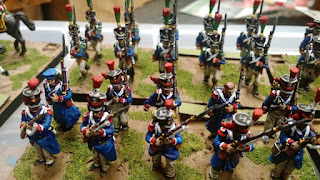 I only needed 4 units (~10 men each) for the convention game, but I decided to make 6 bases to future proof my young guard for other campaigns. 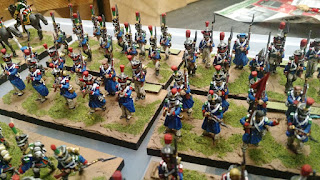 I had most of the other figs I needed but was short some empress dragoons (guard dragoons). I already had a box of perry french dragoons but the saddle furniture and braid is different so I attempted a conversion with green stuff putty and some suture material for the braid. 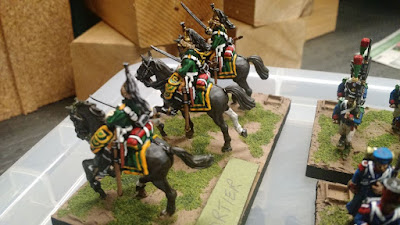 I wasn't super pleased with the result...looking closely you can see that the 'scales' at the front of the saddle furniture and a bit too variable, and that the 'lay' of the braid loops is a bit too flouncy. I was under the gun and it meets the 2 foot table top standard so good enough.
It also helped with the excess number of dragoons I'd probably otherwise have. 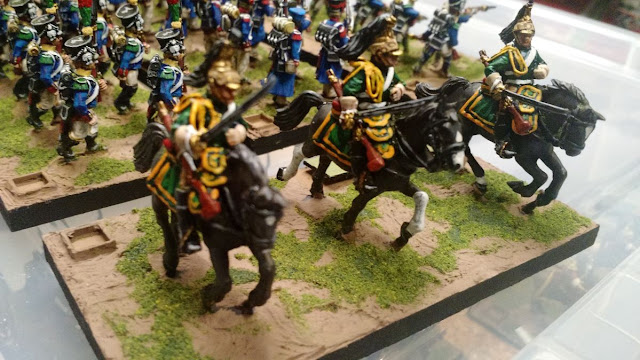 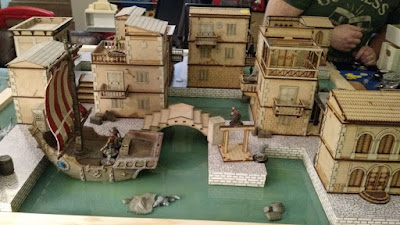 Garret and I managed to align our complicated schedules to get another game in on his wonderful venice table. This time we used the two gangs/forces that hadn't been played yet: the physicians (run the asylums and use the lunatics as 'batteries' to cast spells do superhuman things, and the ....ummmm......nobles (can't remember the name). They seem to table moderately competent fighters across the board with a few standouts.

The objective of the scenario was to hold some VP points at the end of the game (within 3 inches) while trying to finish off our 'agenda' cards (a random deck of strange actions to do). The objectives made anyone near them shoot and fight better (giving an extra reroll on one of the handful of dice you throw for most actions). It made fights in the proximity just that much more lethal. More pics after the jump....