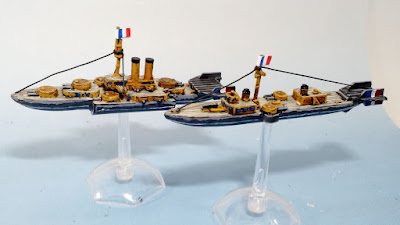 The second half of the french fleet that came with my kickstarter. These are two cruisers are a Jeanne La Pucelle class, a Valiant class, and the Battle ship is the Charlemagne class. The latter has since been retired and remastered with some superstructure options and moveable turrets. I suppose this one probably is the 'actual' Charlemagne of the class as it's old and non-improved.

Once again, I'm a little unhappy with the grottiness of the boats and the annoying guy wire ripping up the paint from the lead problem. I also struggle with deciding whether to glue the bases in. These ones have a tiny plastic plug that is hugely annoying when it snaps off in the lead as happens most frequently in any structural failure. 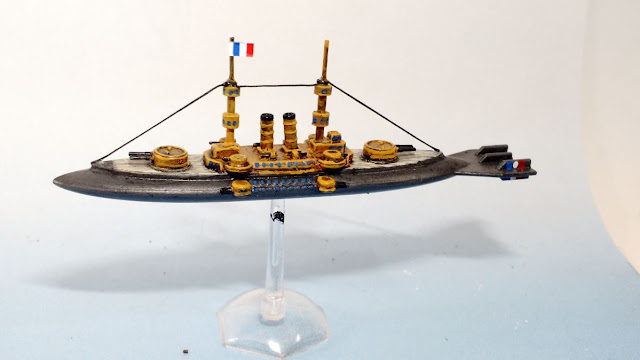 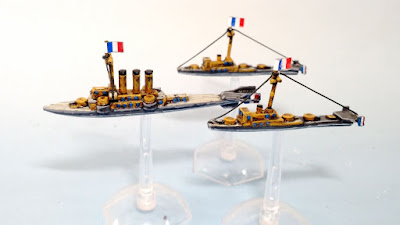 I kickstarted the imperial skies ruleset. It was done by Robin Fitton of Rottenlead blog who also wrote Gruntz so I was easily hooked. Once again, figs delivered a few years ago I'm sure, and they are just getting paint now. *sigh*. I ended up with two fleets so I should get cracking on the other one and then maybe I can actually try the game! 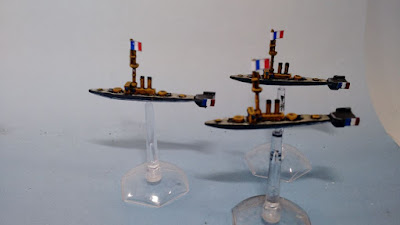 These figs are from Brigade miniatures Aeronef line. I was quite interested in aeronef but reading into the rules it sounded as they they were quite dated and (I supect) clunky. A rules freshen up was just what it took to get me in.

These two squadrons are the destroyers. I think destroyer is as small as it gets for the nefs.


The paint jobs I'm a bit meh on. They look a bit too grotty. Really annoyingly the lines (silk thread) tend to rip off the paint from the bare metal. Cool looking, but I forsee repeat repairs in the future.
Posted by daveb at 8:16 PM 11 comments: 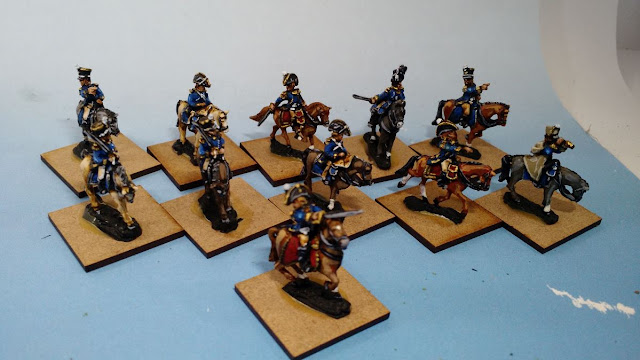 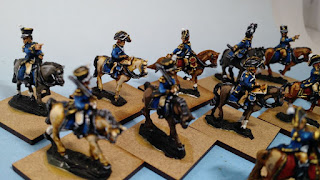 As part of the "finish that lot of lead you got 7 years ago so you can finally table that force of french" project we have some generals hitting the table. These guys are a single bag of old glory lead. I was a little mystified by some of them (which is not uncommon with napoleonics I find) as they have different head gear and saddle blankets. I suspect that some might actually be ADC (aide du camps) but I wimped out and painted them all as high level officers. 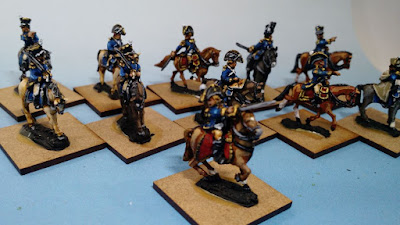 Technically speaking for Napoleons Battles these are all divisional leaders as they are a single model on a 1 inch base. I almost group up some, but I realize I need a fair number of divisional leaders, and I have another bag of 'marshals' which should more than cover the higher level command.


At this point I really only need some heavy cavalry to be able to field all the necessary unit types for my french force. Unsurprisingly I have way more extra units than that to paint, but it's nice to have the choice narrowed for me.
Posted by daveb at 8:09 PM 4 comments: 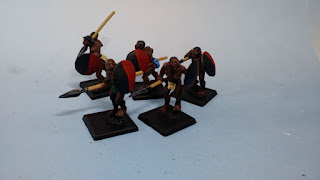 The final elements in the Sultanate column are the local african hirelings. No doubt these guys are cannon fodder for the more 'valuable' troops. Also, I expect these guys desert often as the groups pass into different tribal areas and get too far from home. 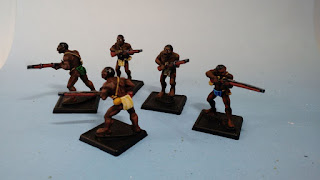 East coast Africans were in a drier area so that the shields could be solid wood. The forest tribes tend to use wicker as jungles rot everything pretty fast.

We see some basic muskets, spear troops, and those poor poor porters. 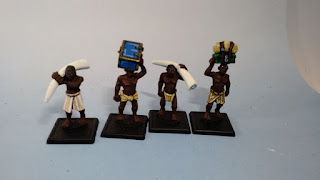 Strangely for the Zanzibari's the white robes denoted a higher socio economic class, whereas for the Africans, having a piece of colored cloth to cover your junk was an aspiration.

I could have 'dirtied' up the loin clothes, but I felt it's more visually pleasing to have crisp colors on the wargaming table.
Posted by daveb at 8:04 PM No comments: