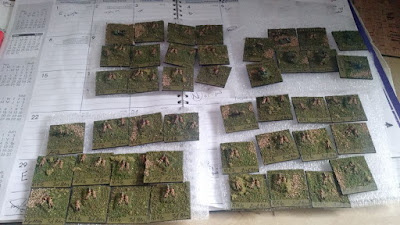 I barely missed a Cold War game March 16th. At that point social distancing was being promoted, I work in healthcare, and I was probably a bit ahead of the curve in reading about the horrors in Italy. I decided to bottle out as a good example. Great sadness.

Doug sent another package (AMBUSH!) back in mid February. I had intended up doing up another highlight post on what is a(nother!) princely gift. The original plan was to do the big reveal along with the cold war game planned during the march break.....alas. 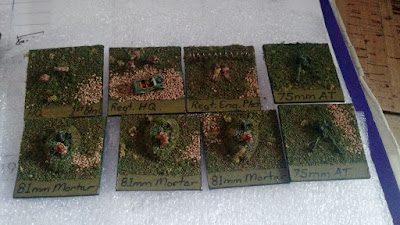 I'm not positive what army these folks are from.....I suspect they are warsaw pact east germans (I have seen some pics of the brown outfit, and the helmet looks a bit similar). As Doug notes: 'at this scale it doesn't matter!'.

We have a hq section, engineering, mortar and AT support. 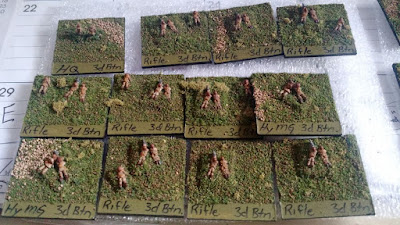 The three rifle....battalions? are all the same, hq unit, 2 heavy machine guns, and 9 rifle stands.  I feel like I may have enough troops for human wave attacks at this point.

A huge thanks and shout out to Doug! 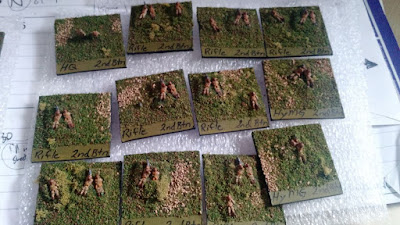 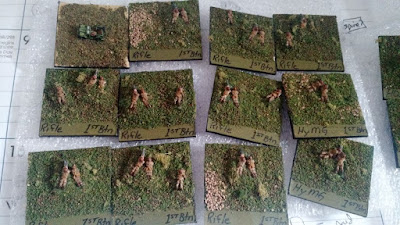