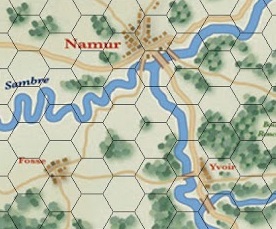 I managed to meet up with David (Murdock's Mauraders) to resolve one of the battles generated in his 100 days campaign. It's day three of the french offensive, and they are seeking to drive across the Boeq river at the crossing by Yvoire. A division of Prussians are defending the town. 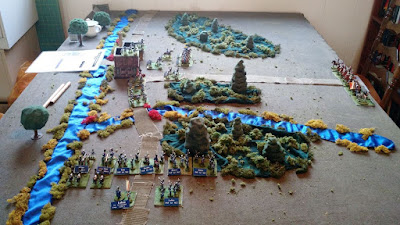 The evening before the french had arrived South of the crossing, so both sides are well aware that the other is there. Piquets and out riders report there are french cavalry approaching from the East, already on the North side of the river.  As dawn cracks, the french begin their assault.