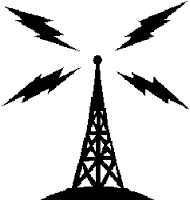 In a continued consideration on how to promote the (endangered?) blog community, I had some
thinking on a challenge that would promote social connections within the blog community, and encourage people to engage with the content, rather than just be a lurker that consumes content without contribution.

For the moment I'll call this "Boost the Blog Signal" (BtBS) as you probably want a clear name that conveys the intent, and has a handy acronym. BBS was sorta interesting to me as I'm of the vintage where I dialed into other peoples computers to play text games, but I suspect there'd be some issues with that.

Let me lead early with: I would very much appreciate readers comments and thoughts on any of this.

Email ThisBlogThis!Share to TwitterShare to FacebookShare to Pinterest
Labels: 2018, Community 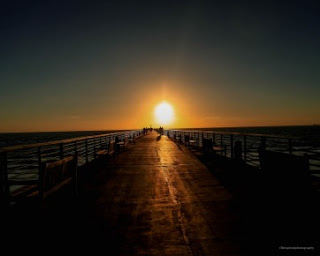 The new year post on plastic legions (link) started off by rueing the state of the blog. Social media has swallowed a lot of the vitality from the blogosphere and old style forum. The comment section on that post is quite interesting (go read it, I'll wait).

It's quite obvious that other the last few years there has been a steady fall off in blog activity. Non updated blogs, viewership numbers dropping, much less comments.  It feels like like the pic to the right, there are people around but just not many, and not right here.

On the other hand, I look at how vibrant the oldhammer community is (both with rogue trader style items, as well as fantasy). I believe that this issue comes down to community. Humans are social animals, and we wish to make connection with others. On the interwebz, specifically within blogs, that ends up coming through comments. I assume that you move onto greater things where you start creating group projects and mailing each other minis at some point, but that's like shangri la to me.

One of the problems of social media is that you post pictures instead of tell tales. There is a need for a balance between concise writing and enough photos: we've all seen bad examples of posts of solid text [like this one] but social media falls on the other extreme. You don't make connection with a well painted mini, you make connection by hearing about painting struggles, reading paint recipes, appreciating plans for the future, or steps in the conversion. 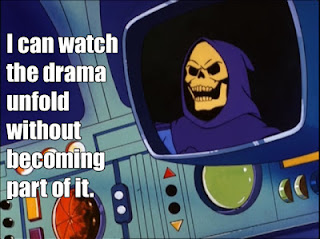 Another problem is that it's too easy to lurk in social media. You can like on a like button instead of commenting. It makes us lazy. Too lazy to exercise our ability to comment. I expect that readership numbers on most blogs are far, FAR higher than comments, even taking into account bots. We expect to have a stream of entertainment sleet through us without us needing to make effort to engage it.

Social media isn't just killing the blogs by leaching their traffic, they are killing them by making us entertainment zombies. Our hobbies are about doing stuff. If you can't manage to do stuff yourself, don't you owe a debt to those who do by commenting on their work/effort?

I think my favorite part of the hobby challenge I did in the past (6MMRPC) was the regulars you saw churning out work and who would comment on your own efforts. One of the key features in my mind was about requiring regular posts (weekly). I would personally have added a requirement to comment on at least two other peoples posts. I haven't seen much in the way of (painting) challenges lately (except, again, with the oldhammerers). 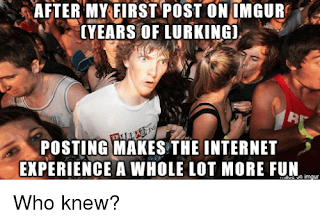 Maybe some sort of challenge that is more about (re)building the blog community is needed?  It may be time to explicitly state that as a goal with painting tagged on, rather than the other way.

I, personally, have resolved this year to engage more with the blogs I read, and try and comment on every post I read. It is but a fraction of the time and effort the authors put into them.

Email ThisBlogThis!Share to TwitterShare to FacebookShare to Pinterest
Labels: 2018, Community

The blogosphere is busy with people posting their year end/beginning posts, and I though I might as well join in. It felt a bit of a dismal year with regard to hobbying, as I've done miserably little painting lately. Looking back, however, it seems I achieved a lot more than I currently 'feel'.
I finished ~70 infantry, 12 cavalry in 28mm, and >200 infantry and >50 cavalry in 15mm....and 2 elephant. Numbers that make you feel good.

From a resolution point of view I even achieved 3 of 4 goals. Another feel good moment. Obviously aiming low is the way to do it. I suspect I should have my resolutions somewhere visible, or review them or something.
2017 Resolutions
1/. Get a FOG force table ready CHECK. Carthaginians whoo!
2/. Attend Enfilade again with at least one command worth of troops CHECK Heavy french cav Hah!
3/. Resurrect a failed resolution FAIL
4/. Host 2 games this year Check. I managed to get some 'all units engage' played, which although my opponent had his own painted figs, I *COULD* have fielded both sides.

Life wise, we have had a baby this year, so I suspect that the drop in hobby time I have had will probably worsen. I started bee keeping in the summer, which is also another pull on time, and the yard work transformation of the home continues. Spring/Summer is most likely a write off. I'll have to be clever about what I honestly think I can finish this year.


2018 Resolutions
1/. Document my work better/Increase blog posts.
I feel like there quite a few things that I finish that never get pictures, or never get blogged. It's great to see your success at the end of the year.  I will informally target at least 24 posts this year.

2/. Attend Enfilade (again) with a (new) French command.
This will be the 3rd year. Cleverly I will be getting quite close to having enough troops to field both sides of a fight.

3/. Don't be a lurker. Be a commenter.
An interesting post, and the resulting comment thread has me a bit worried about blogging. I hope that the 'death of the blogosphere' is oversold.....but the move to facebook is to the detriment of the community in my mind. I'll do a real post on this, but I resolve to comment actively on most postings I see. Build the community, give positive reinforcement to those who write rather than post a pic on social media.

4/. Finish two 'in progress' batches of figures.
There's so much lying around from small groups to hordes. This *shoudn't* be hard.