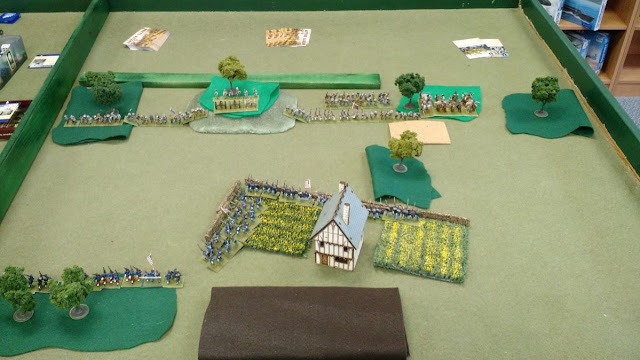 Nate, always a fan of the ACW, was convinced to try out longstreet, a ruleset I've owned for some time but hasn't had an airing yet. We grabbed the stock 1861 forces, flipped for who was the union and confederates, and got to gaming.

General Stevens, a confederate mexican war veteran, has been tasked with driving off the union blocking force of General Brewer (a well connected officer). With complete parity of men and equipment, Stevens has managed to draw off one of the union regiments which will arrive late to the defense of nowheresville. 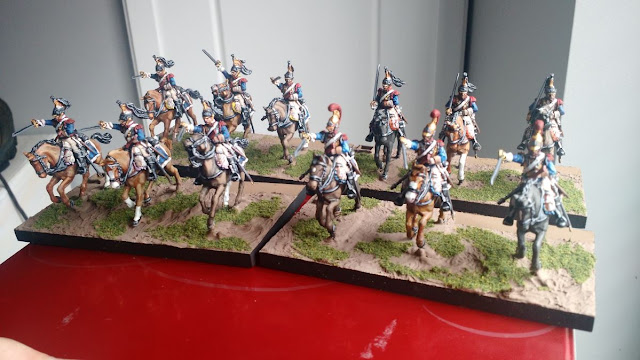 I've had a large number of figs on my painting tray, so progress has been painfully slow. As enfilade (the convention in Olympia in May) approaches, I realized I needed to focus on the most time critical stuff. I managed to finish banging out these guys (which still leaves me with some projects to finish with some celerity). 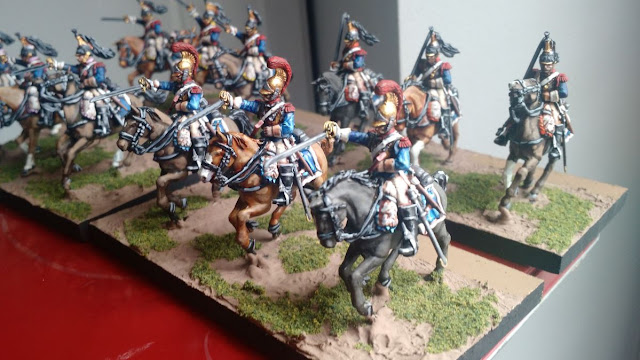 The Perry's are lovely to assemble and paint. Inconveniently there are 14 in the box, and Doug's convention rules set, General du Corp, uses cavalry in 3's. I therefore have a 2/3's finished base, waiting for another horseman to be pillaged from my next purchase of Perry figs. 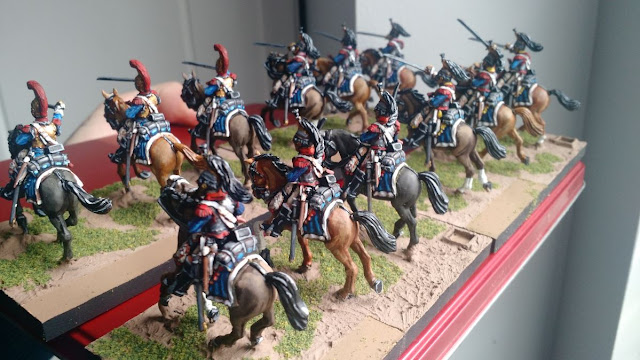 Not the best photos, but it's been busy lately. I do have the lovely pink, yellow, and red trim on the Cuirassier , as well as a representative stand of the Carabinier. 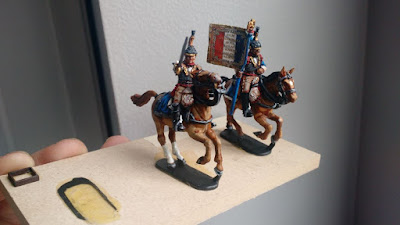 I suppose this last shot a decent WIP of how the basing goes.