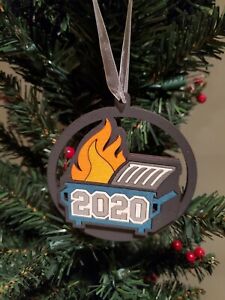 It's no revelation that 2020 was a dumpster fire for most of us. Locally we started heading off the tracks in February/March. Working in the hospital we battened down for a tsunami of infection and death that didn't arrive. It was still quite stressful, no one knew anything, it was a mix of being scared to be working in the operating rooms, and being bored outside them looking for more to do.

Back at home, the wife was expecting in the summer. So much was done to switch the home around including evicting me into the furnace room a.k.a the Dave Cave. Some outdoor work included installing an arbour and some fencing around the bee hives. 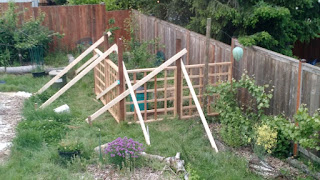 Once it became clear that  enfilade was cancelled my painting dropped to zero. There really wasn't much motivation left at the end of the day to get my hobby on, when other projects with a much more definite 'due date' where approaching.

End of summer arrived, with a new baby, and (no surprise to those with children) two kids is a lot more work than one. Like....more than twice. Quarantine/Purgatory fatigue set in as numbers ballooned and restrictions came back. I've felt a mental fog for a lot of this year.

Having said all that, it's still a bit startling that I got NONE of my resolutions done. Maybe I went in a bit cocky but I'm fairly certain if enfilade had happened I would have hit a few of them. As it is....zero. The collection grew, outlays didn't decrease, I think that I played no table top games, and painting was a joke.

1/. Host cowboy game - play unpainted//partially painted//fully painted
2/. Paint Austrians for enfilade// paint hussar rampant for enfilade //paint 2 sides for hussar rampant
3/. Frostgrave OR hardwired OR Pulp Alley OR some osprey skirmish ruleset - play unpainted//paint one side//paint both sides
4/. Decreased Kickstarter & nerdery expenditures by 20%//Only 3 kickstarters in the year//no kickstarters
5/. # of blog posts/regular hobby updates: 26 in a year// at least 2 per month// 1 every 2 weeks
6/. Minimum figs: 1 per week (easy...)//stretch 1 per week not enfilade related
7/. paint and/or give away more than I buy (negative growth)//paint more
The only slightly silver lining on this dog of a year is that the little work I did do was partial painting on lots of different things. It may mean some actual production in 2021. As the most excellent darkest dungeon game shares with us:

Do not ruminate on this fleeting failure - the campaign is long, and victory will come