I managed to miss a week of posting for the challenge, and I'm a day late for this one. Not the best start to the New Year. 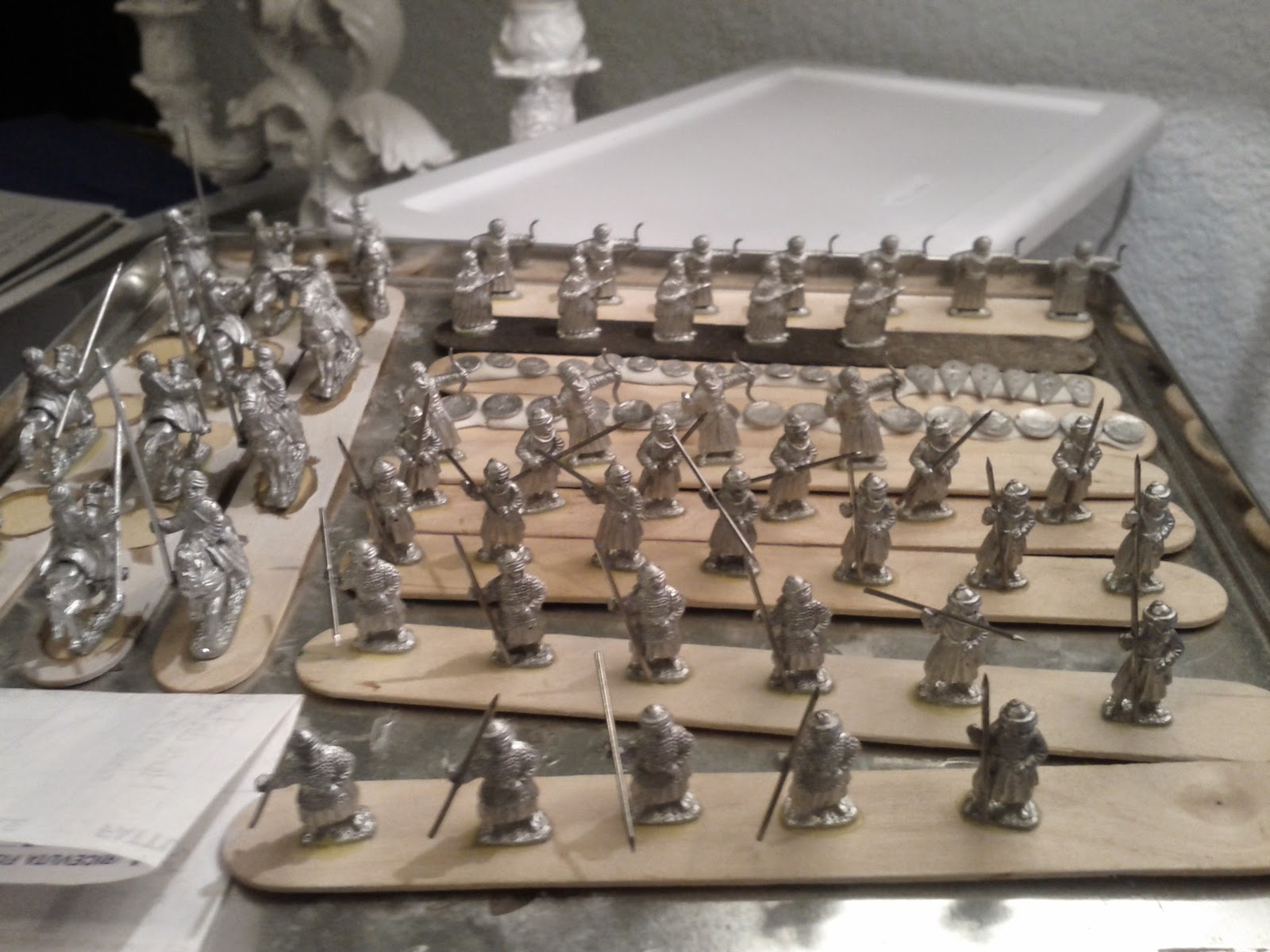 I managed to get the legio heroica muslims assembled at last. I ended up getting some advance from Cameron (we piggy backed our order) and bought some CA glue accelerator. Pretty marvelous stuff actually....now your instant drying glue truly does glue instantly. I'm not sure if the glue gets a bit 'tired' over time and glues more slowly, or simply that some materials don't want to stick together. Regardless, a little accelerator on one part, the glue on the other and *presto* they stick together much MUCH easier.

I'm hoping to get these guys primed up sometime in the week when the wife is not working on her clothing project in the craftroom. I can put off figuring out a air scubber/ventilation system for a bit longer yet. 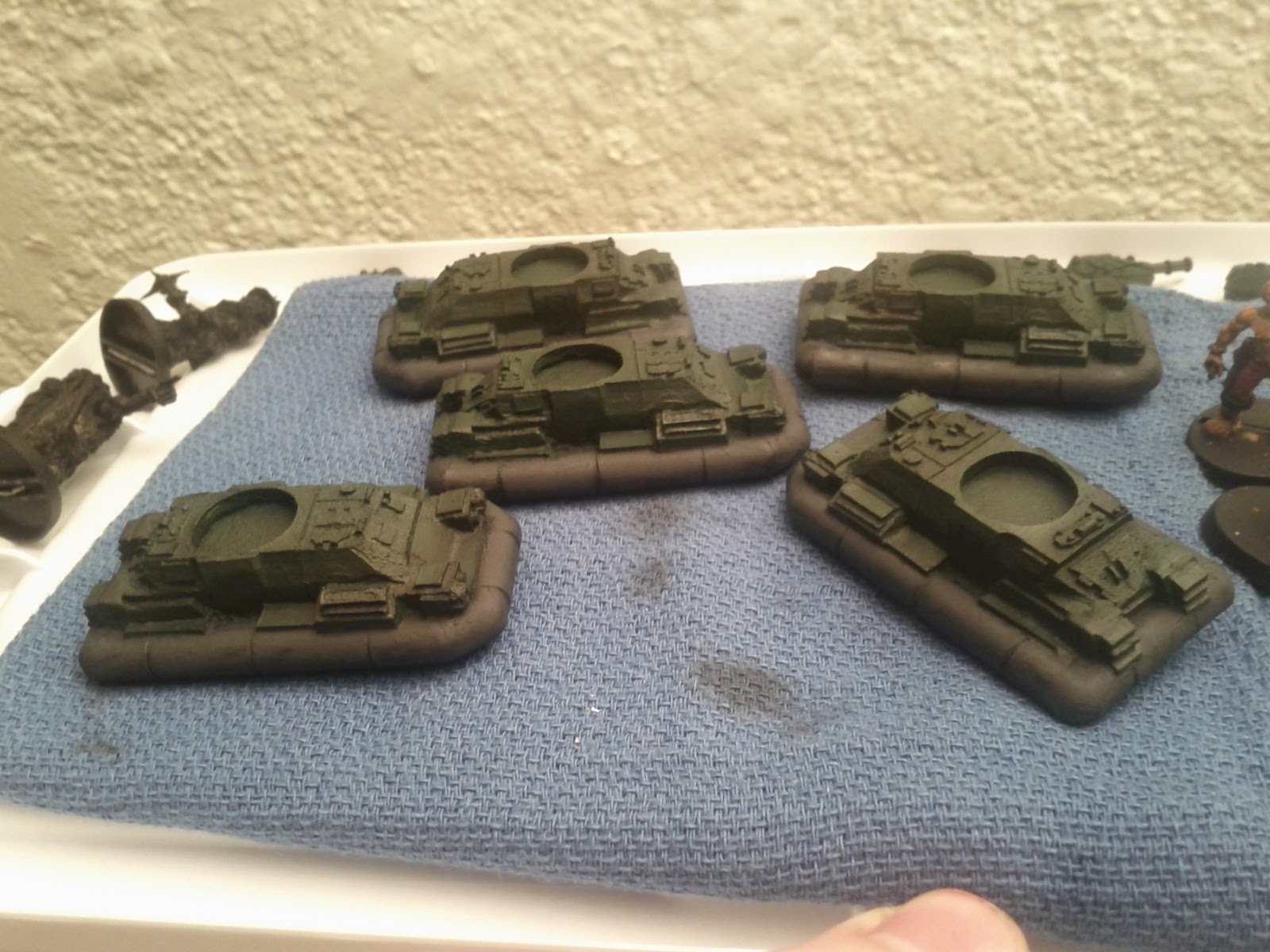 My other work was largely with inking. The ion age Adders get a coat of black ink. I will be able to bring them back up towards their base colour via highlighting now. The camera doesn't quite catch the difference to be honest. The pic below being the 'before' image. 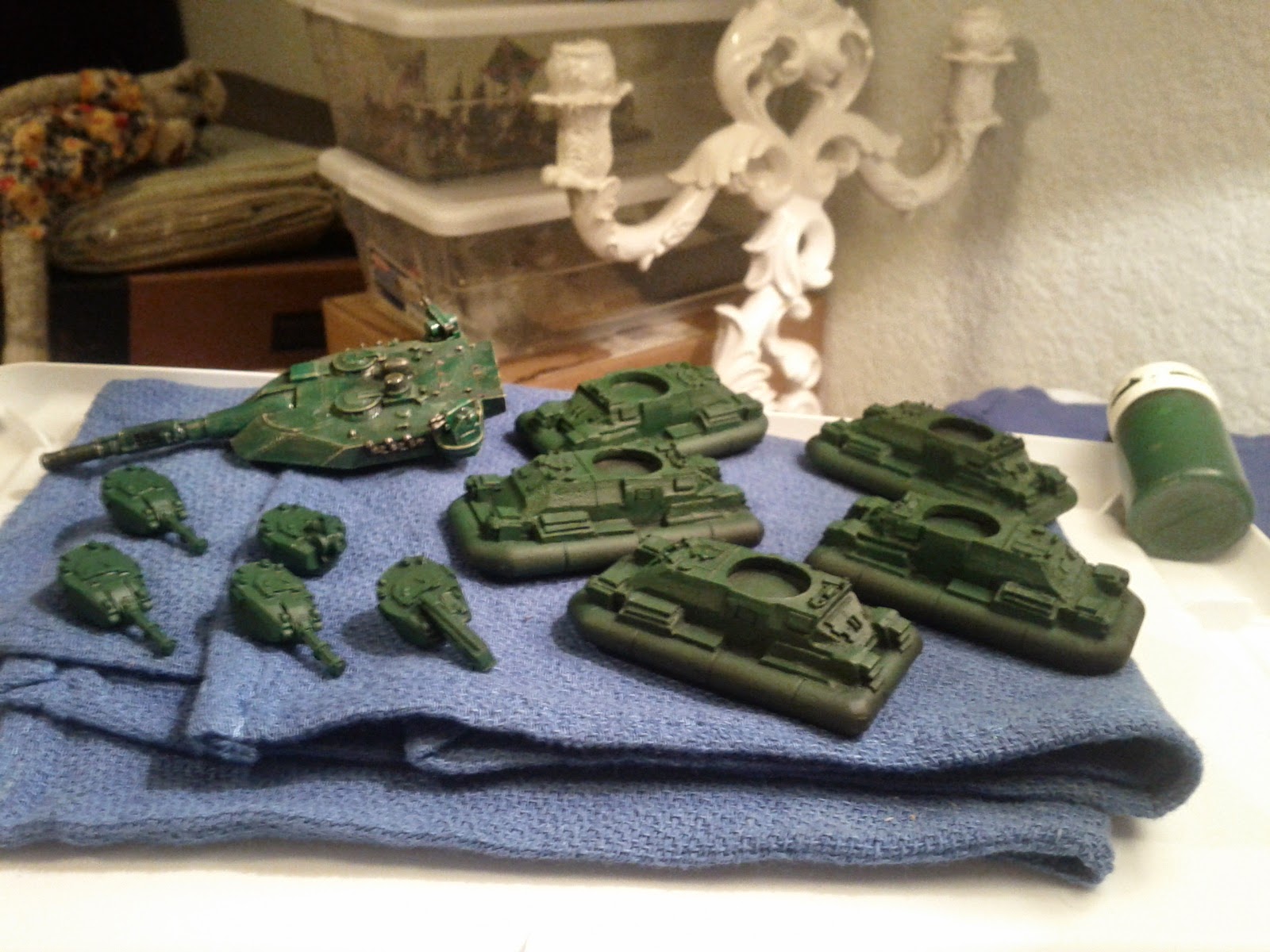 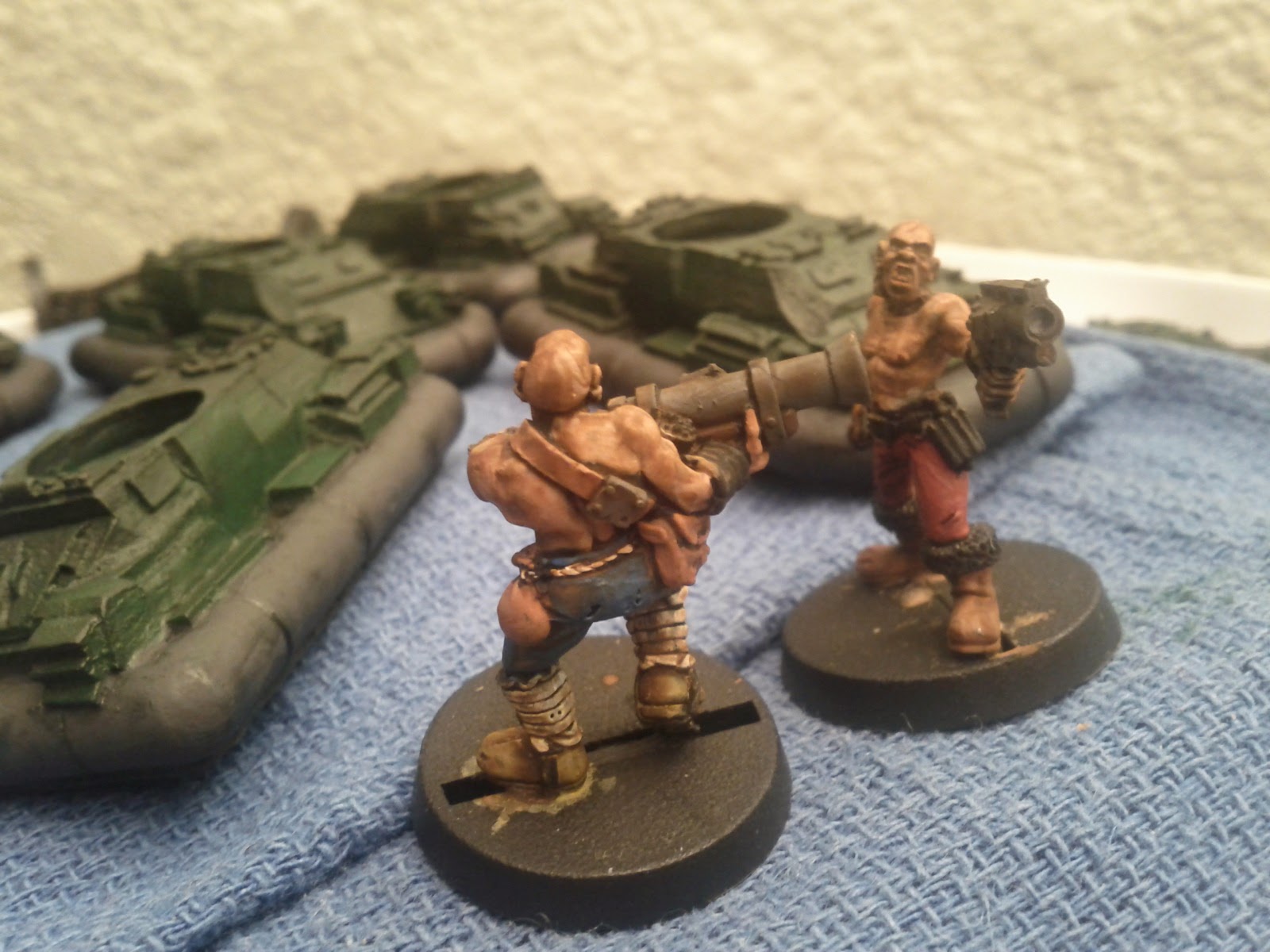 The GW gorkamorka diggas that I am adding to the necromunda/post apoc gang members get an inking of sepia ink.

I think it's probably a bit overboard, but it does work for these guys looking 'grubby'. I'll probably rust up the guns and metal a bit, and start the highlights soon.

These are nice figs for inking as they have deep creases in their faces/muscles/clothing. 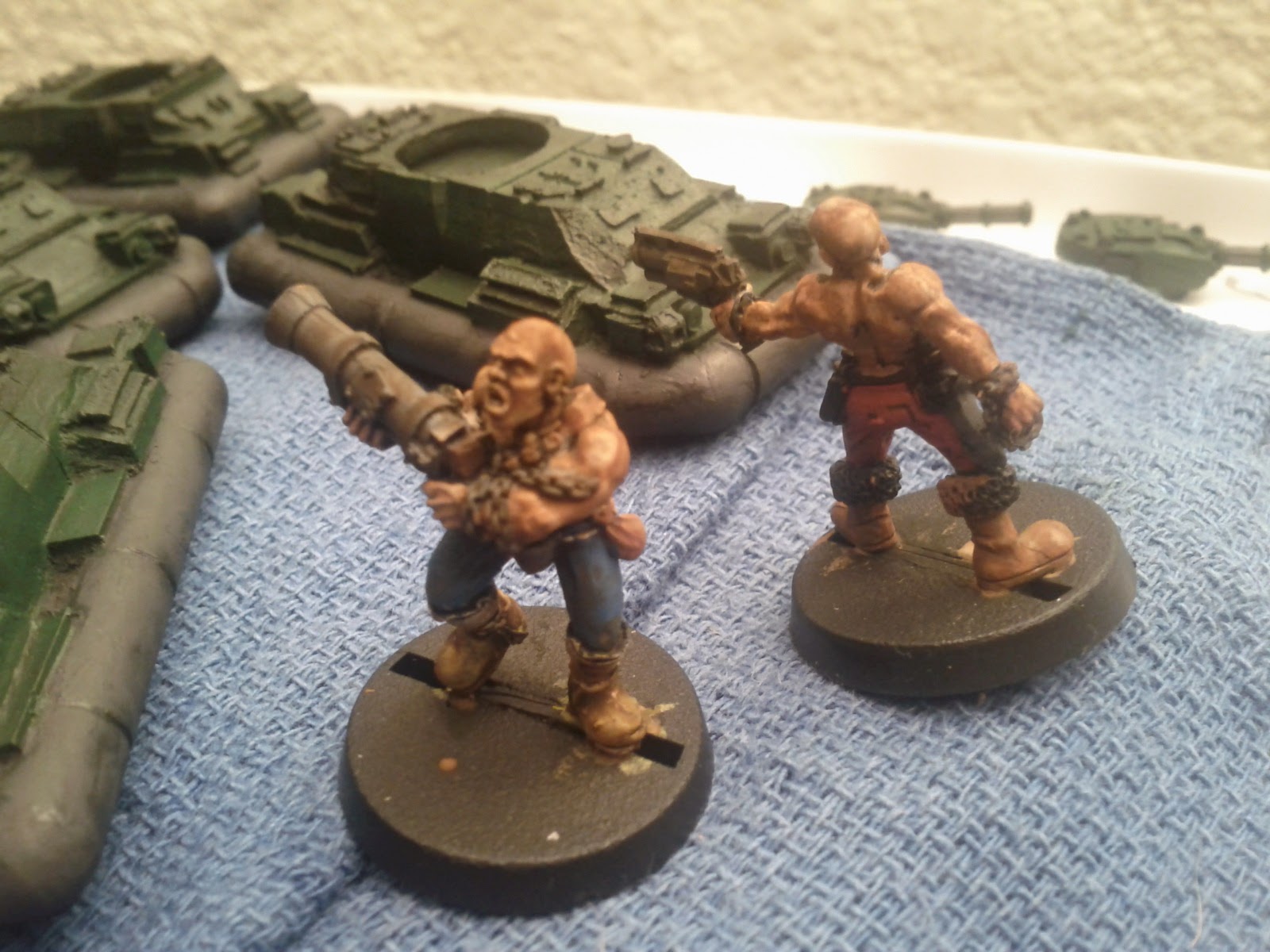 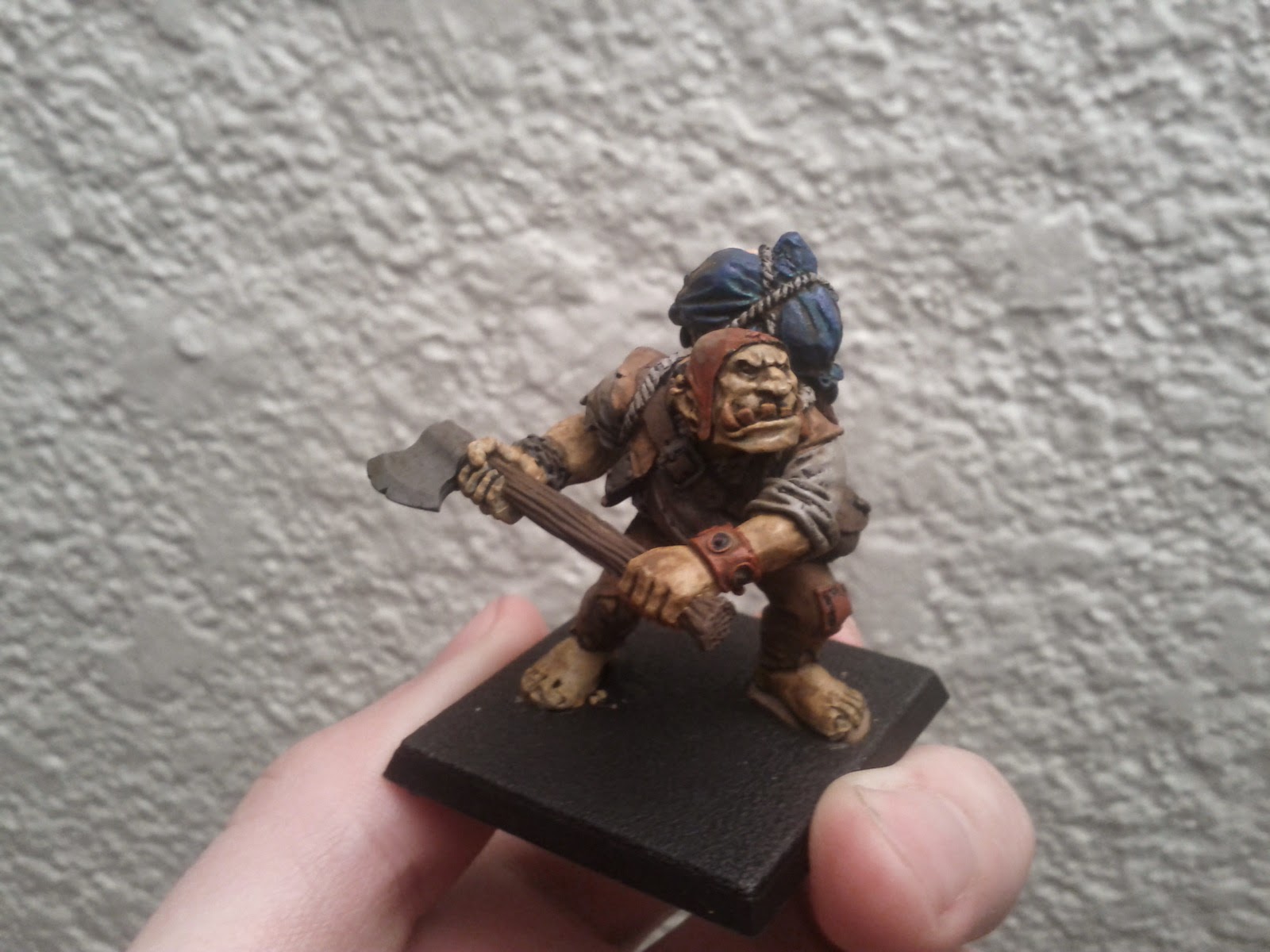 Finally we have the mordheim ogre. Also inked with sepia, I can see spots of residue on various flat parts (his hat for instance on the upper left). Not terribly happy about the outcome. I'm sure with highlighting I'll be able to save most of the problem areas though. 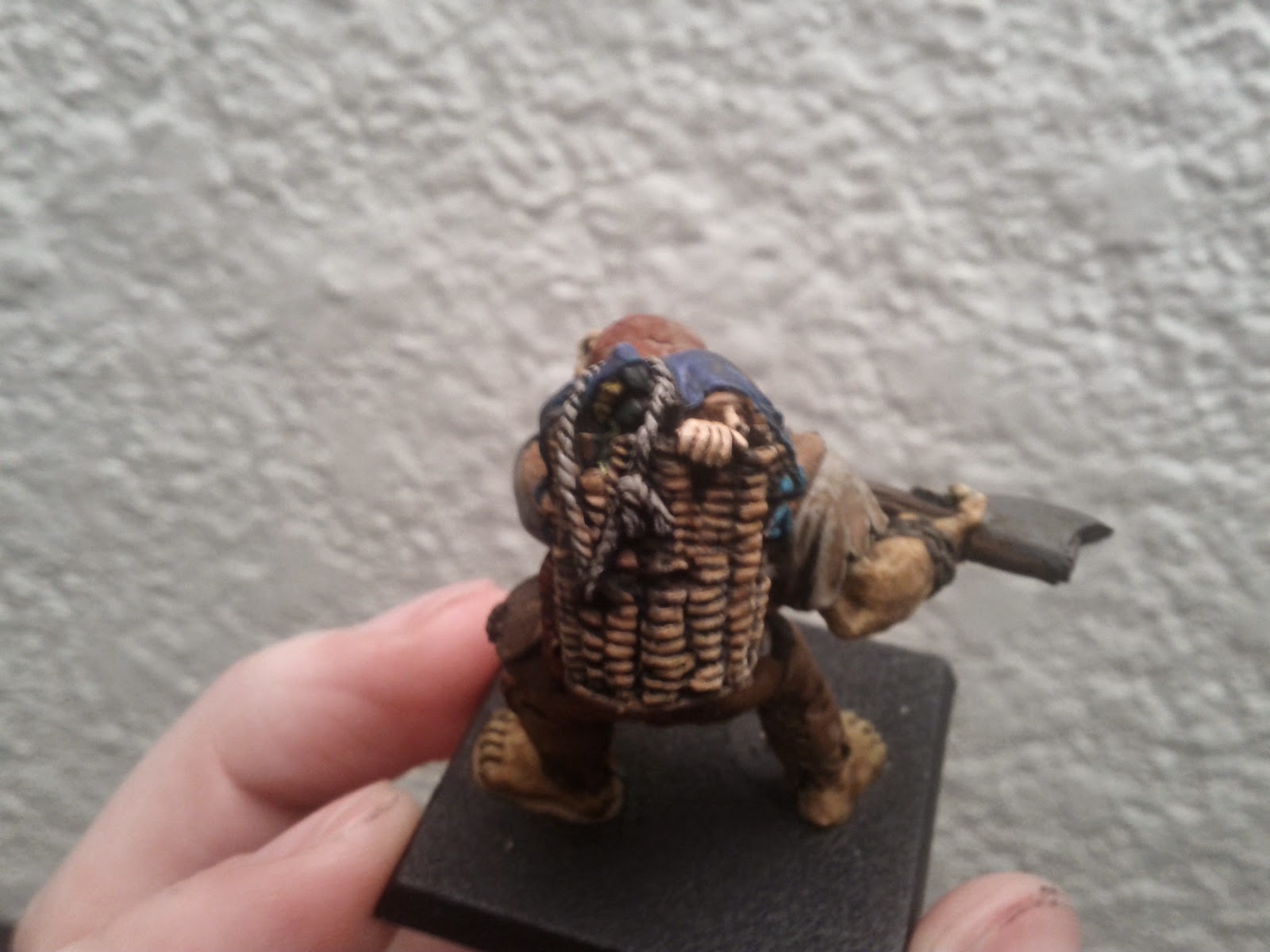 I have to say this is a fantastic figure. His wicker backpack has ears of corn in it, a sausage hanging from the side (not shown) and a victim/stowaway as well (seen in the rear shot).

I'm looking forward to yellowing up his teeth as well. I decided to start with a brown and work up to a healthy yellow/khaki.