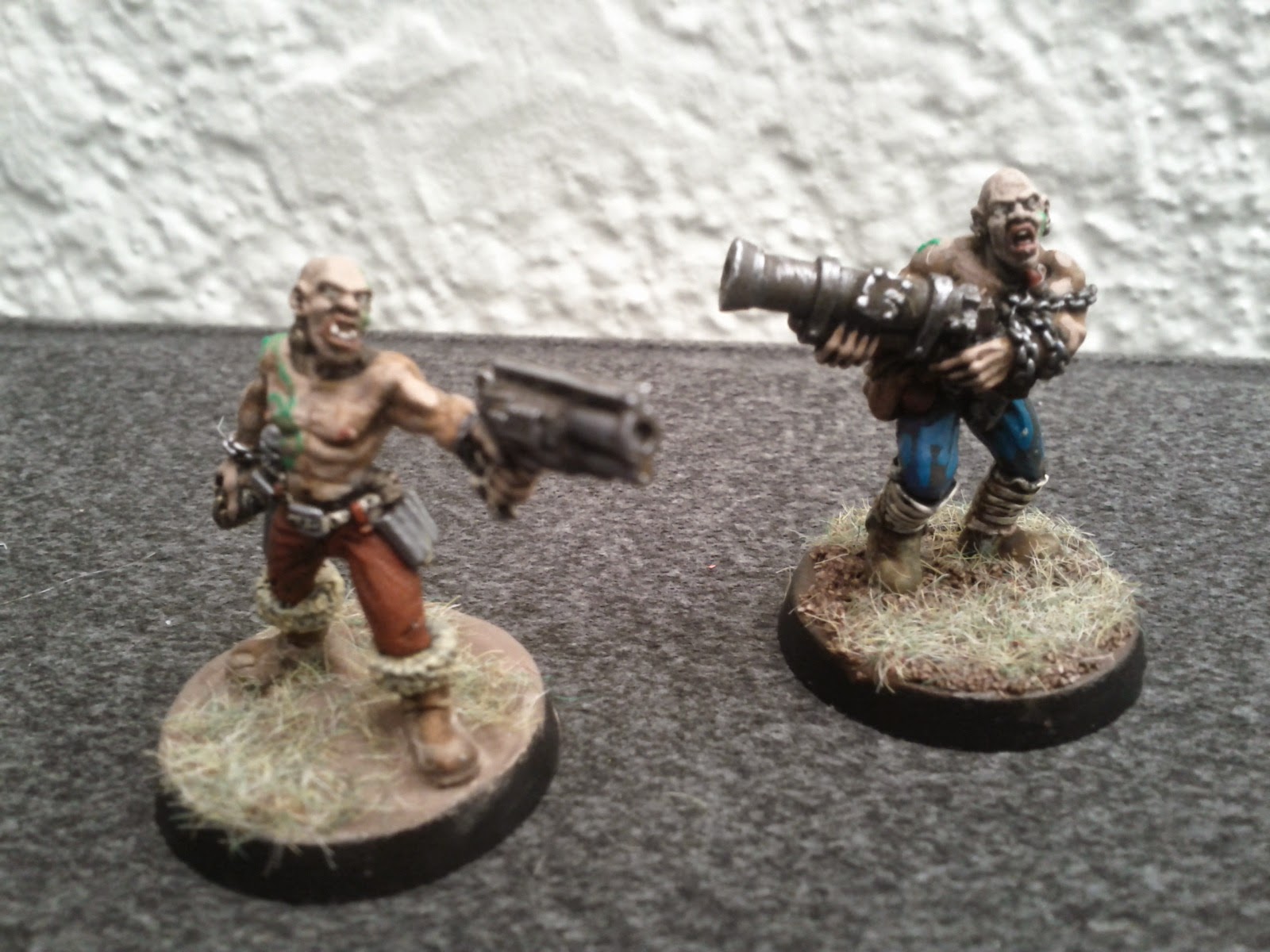 These two fellas sat on the tray half finished for quite some time. I've been quite ADD about what to work on lately, and the productivity is still pretty desultory. I did however managed to finish these guys off.

I figured they would make good stand additions to forces I can use for necromunda type games. To that end I wanted them dirty, and I figured some tattoos would be fun to break up the skin. I'm still not super happy with my skin tones, but they are a great improvement on my russian artillery men painted near the beginning of the challenge (5 months ago!). I considered using my special rust effects paint on their weapons, but decided that of anything they had, the weapons were the most likely to stay in 'fighting trim'. 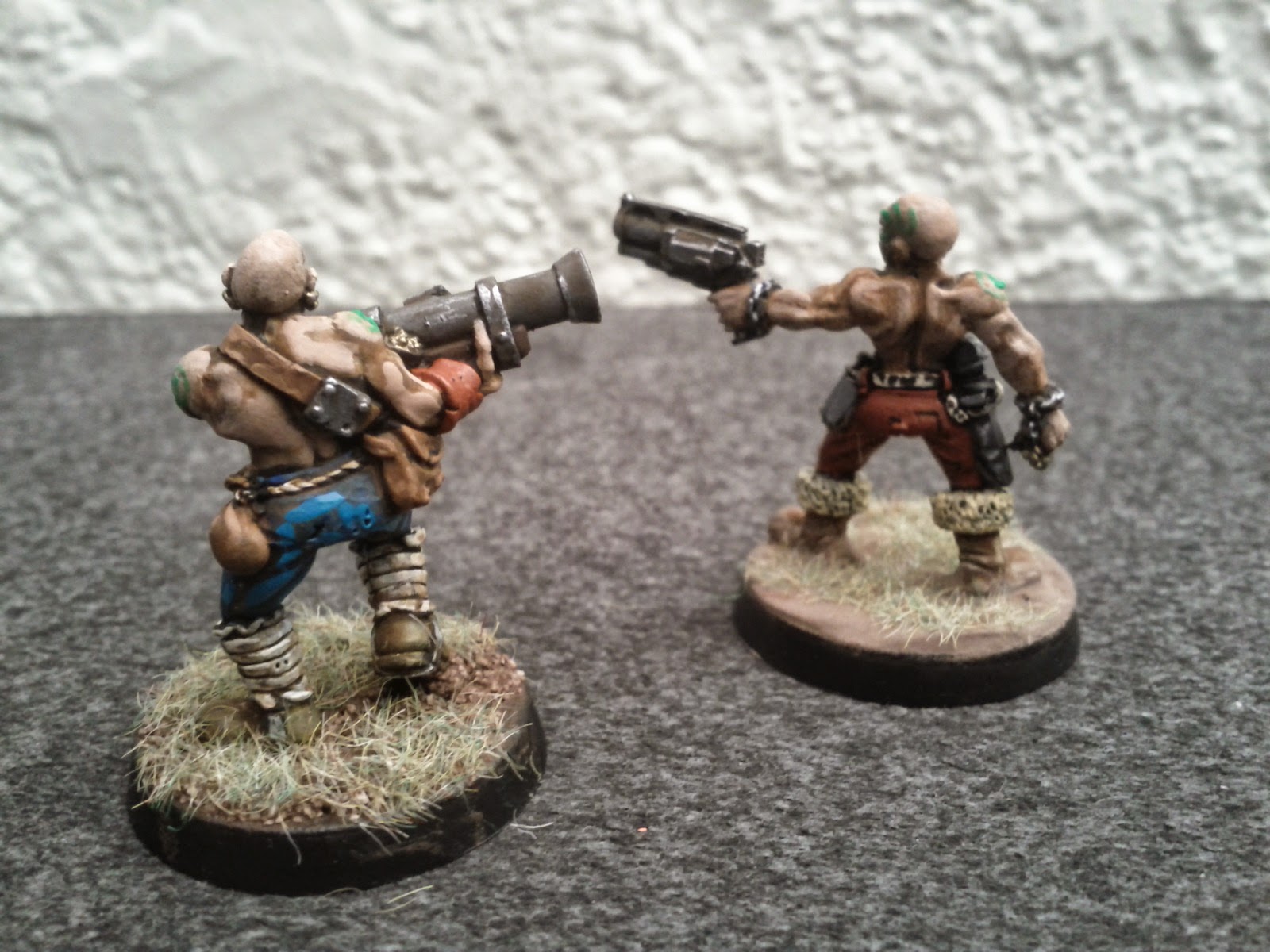 I also used the opportunity to base each in a different style. That way I'll be able to finish up my few posts on the different ways I base figs. Maybe I'll choose the one I like best and return to it.

These two were free figures from my friend Ryan who has been steadily downsizing his collection over years. He brought over a box to game night and a few of us quickly looted stuff. My own haul is shown HERE. It's a little sad to look at all the great stuff I got so long ago, and I've only finished 3 of the figs. Oh well....


The figs are from the defunct Gorkamorka game. I never played as 1/. ork race car driving didn't particularly appeal to me 2/. I wasn't gaming much when it came out and 3/. No one I knew played it. I think it had some of the campaign flavour of the skirmish games that GW put out that many really liked. Also at this level, it was easy to maintain all the character of orcs that originally existed in rogue trader ('ere we go, and all the other ork supplements). I'm a bit surprised that I haven't seen more people jump on this in the oldhammer movement.....but perhaps it's not oldhammer enough.