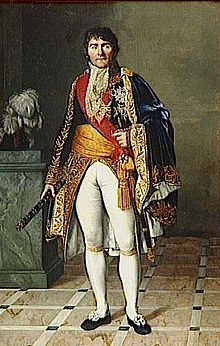 Very exciting news! I've been accepted into Gavin's napoleonics campaign. A number of years ago I had the fortune to participate in a game run by Malcom Mccallum War of the Fifth Coalition. He has programmed a web based campaign system that crunches all the boring parts for the GM and is largely used to set up interesting table top games. Gavin and I were fobbed off into Italy and faced each other (as neither of us were set up to play games on the table and were out of town (Malcolm in Victoria, I'm in Vancouver, and Gavin in the UK somewhere). Gavin liked it sufficiently that he was able to get a bunch of back end data from Malcolm, and used his maps/database to create his own variant of the system. Very ambitious, and I'm excited to see what he has done.

The system
First off, take a look at the beautiful maps that Malcolm created himself (MAPS!). A number of internet presences have discovered these maps as great things to use, including Murdoch, for their own naps campaigns.
The system is largely based around units being present at a given node. These nodes (towns, cities, fortresses) are linked by connections/roads that vary in their carrying capacity (minor +/- river crossing, major +/- river crossing). From the players hq (which is a unit as well) couriers are sent with orders to the units, the couriers move at a set speed (3 legs a day). Cavalry moves at 2, infantry at 1 (unless force marching).
The great thing about the system is the fog of war. Messages to your allies move at 3 legs per day. Reports from your troops regarding things they encounter also move at 3 per day. You orders will often take a day plus to reach the troops, who then begin to follow them the following day (typically). It becomes very tough to understand what is going on and we start to get real friction, and tough decisions.

Variations
So far it appears that Gavin has chosen to work with troop numbers (men) as the road carrying capacity. Malcolm used units instead. Also Gavin has made the operative unit a brigade, although it appears that numbers of troops are tracked by battalion. This is likely due to how he plans to do table top battles, but I will have to see.

Malcolms system was a point buy for each division, supply leg, depot, reinforcement, hq, spy, fleet, etc. Gavin seems to be based purely on numbers. Reinforcements occur based on proximity to a supply line and are opposed by attrition (with all it's various modifiers). Malcolm had columns of reinforcements that marched along the supply line to the front. Formations/divisions that encountered them would eat them if under strength.

Gavin has chosen to enact a garrison/guerilla value into areas (provinces perhaps? Maybe individual nodes?) which will affect the likelyhood of loosing a courier. As far as I know Malcolm's system had the courier get through unless blocked by troops. Also his insurgents/rebels were units raised by players that were uncontrolled (run by a computer algorithm) that couldn't be disbanded.

Campaign
The campaign itself is a french invasion of spain. Right now the fellow marshals and I are bashing heads together trying to come up with a plan and elect a CinC (oh the democratic traditions!). I am marshal Francois Joseph Lefebvre and have a pretty piss poor corp. 50% militia, no cavalry. I'm thinking pinning corp while someone does something exciting to save me. We shall see though.... 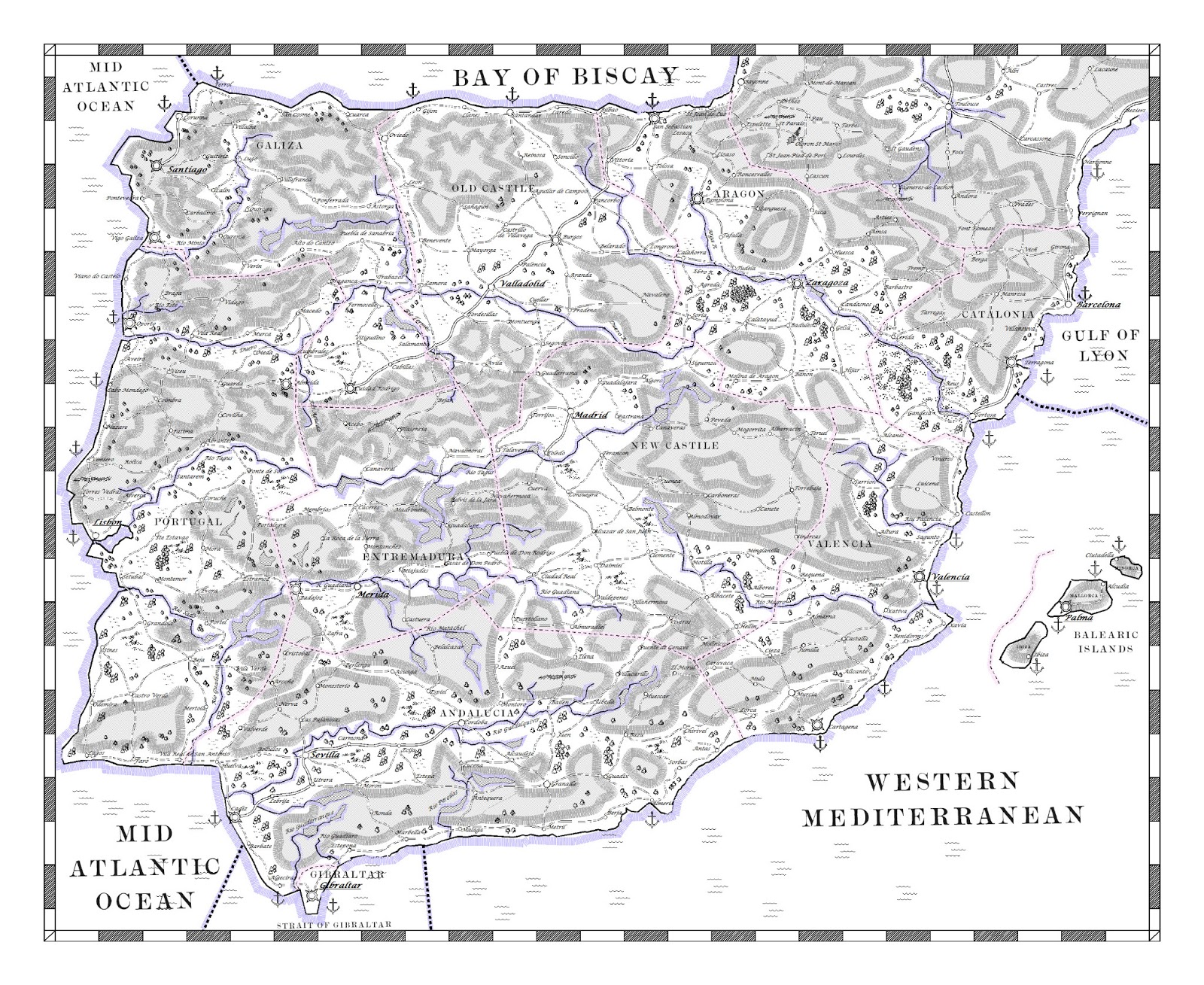